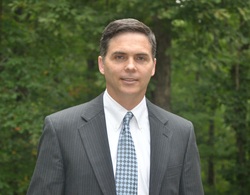 ·         Two letters to editor in the Freelance Star recently published on fiscal issues – America is the largest debtor nation in the world and We’re in this together – both were attacked by the left.

·         Pledges to be transparent in all Spotsylvania County proceedings.

·         Recognized by the Senate Armed Forces Committee for efficiently running the Marine Corps Reenlistment budget of $60 million dollars while same committee criticized the Army and Navy’s same programs for inefficient use of scarce dollars.

·         Pro-LIFE – I believe life starts at conception. Taxpayer’s money should never be used to support even a single abortion.

·         Planned Parenthood should be defunded in Virginia.  If you have not watched Lila Rose’s Live Action videos of our very own State of Virginia’s Planned Parenthood, you owe it to yourself to look at these tapes.

·         I am for individual citizen’s property rights.  Eminent domain (the governments taking of personal property) should be a last resort to a problem, never a first and never taken lightly.  I do not understand the majority in the 5-4 Supreme Court ruling, Kelo v. new London (2005) in which it was ruled that the Government could use Eminent Domain for “Commercial” reasons.  I would NEVER support this use of Eminent domain on the SPOTSY Board of Supervisors!

·         For Parental rights – it is completely outrageous that I must sign a permission form at the high school my children attend for them to take over the counter drugs and have a Doctor sign the same form – but my daughter may obtain an abortion without my knowledge if the correct paperwork is filed.  Even in Virginia – see Lila Rose videos above.

·         I support the Defense of Marriage Act (DOMA) which our President has informed the Department of Justice not to enforce.  I’m not sure how someone sworn to protect and defend the Constitution can decide what laws to enforce and that our Nation does not have to enforce all laws, but I digress.

·         I believe marriage should be defined as between one man and one woman only.  I believe families are the core building block to a strong Nation.

·         I believe our tax laws should incentivize marriage, not be a disincentive to marriage.   Hypothetically, a married couple who had 2 children and divorced on paper and gave each other one child’s custody rights and nothing else changed, they could both file as head of household and pay less taxes than if they filed “married filing jointly” as a married couple at certain income levels.  This kind of incentive is wrong.

·         I believe in the right to bear arms as given in the second amendment to the Constitution.  I am a member of the NRA and personally have a concealed carry permit.

·         I believe there should be Campaign Finance Reform in our Country at all levels.  This is why I am running my campaign on a low budget and am not collecting donations for my campaign.

·         I am for tax reform - our tax codes are far too complex and have far too many loop holes. I would support moving toward a flat tax at the state and federal level.

·         Urban Sprawl – against it, I’m for preserving our land that in places in Spotsylvania is the same as it was hundreds of years ago.

·         I am in agreement with 100 percent of the Family Research Council, Concerned Woman of America, Wall Builders, Heritage Institute Ministries, and the American Heritage Foundation.