On the 29th of August, I visited the Spotsy County Advanced Planning Office.

Below is the still in draft Frequently Asked Question (FAQ) Results from the 13 December 2010 Community information meeting.

I want to draw to readers attention three points.
1.  The report below is still in draft format 9 months after the meeting,
2.  The second page of this draft (it's numbered yet but second page down) at the bottom - the County's answer in bold says development on Harrison precludes an interstate interchage there.
A.  This doesn't appear to be correct, the west side of I95 / Harrison is open fields and a fly over onramp to northbound I95 would preclude disrupting homes east of the I95/Harrison road interchage. and
B. In my interview with FAMPO, Mr. Lloyd Robinson and two of his staff memeber, he stated that FAMPO did not consider a Harrison / I95 interchange because it was an apple to an orange as compared to the proposed toll road.  It was also pointed out to me at this time that the purpose, as per page 60 of IJR was to not only releive route 3 traffic but to connect commerical areas together.  This was another reason to not look at Harrison / I95

Really?   Who's commerical properties are being tied together when most of Spotsy commercial area on route 3 is being bypassed?  Speaking of apple and orange - doesn't Harrison end at same place as the proposed toll road does?  I was actually surprised to point both of these facts out to FAMPO reprentatives - which some were not aware of. . .

3.  There has not been a follow up meeting with residents since the 13 December 2010 meeting. 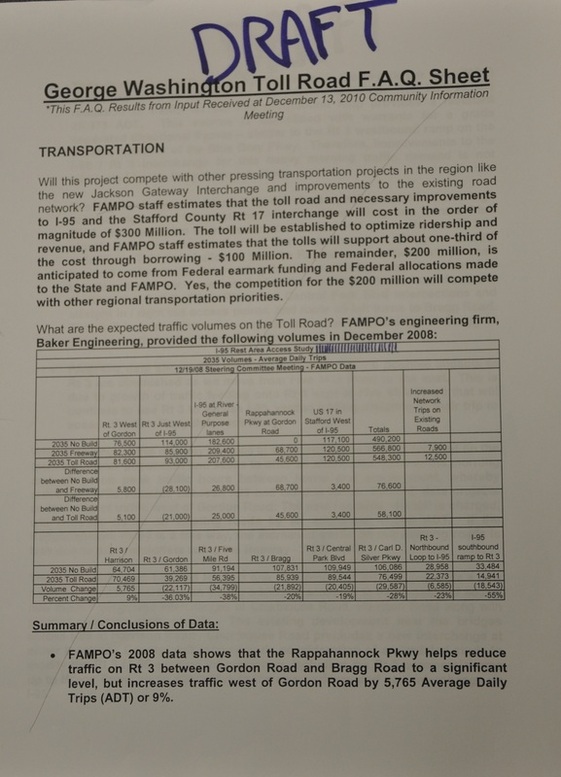 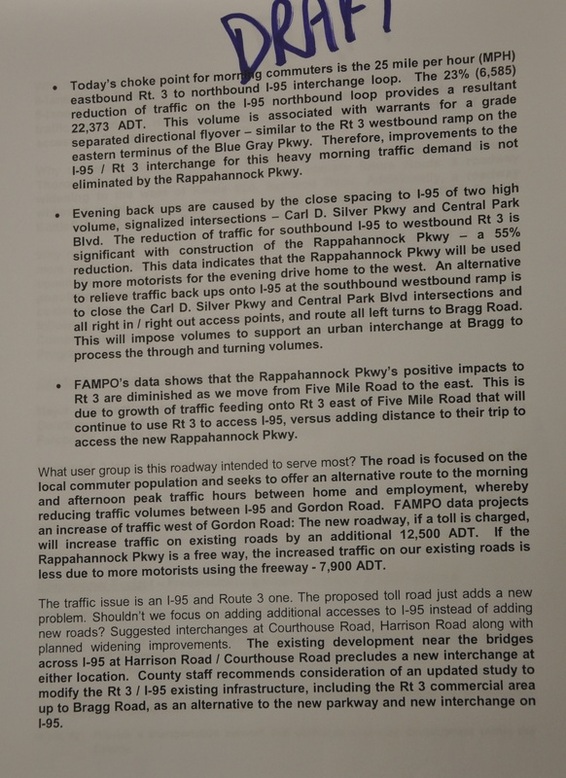 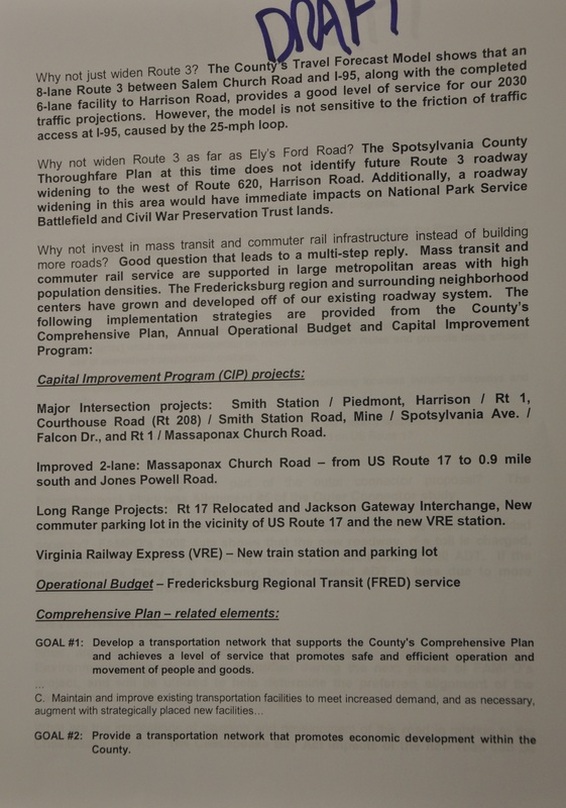 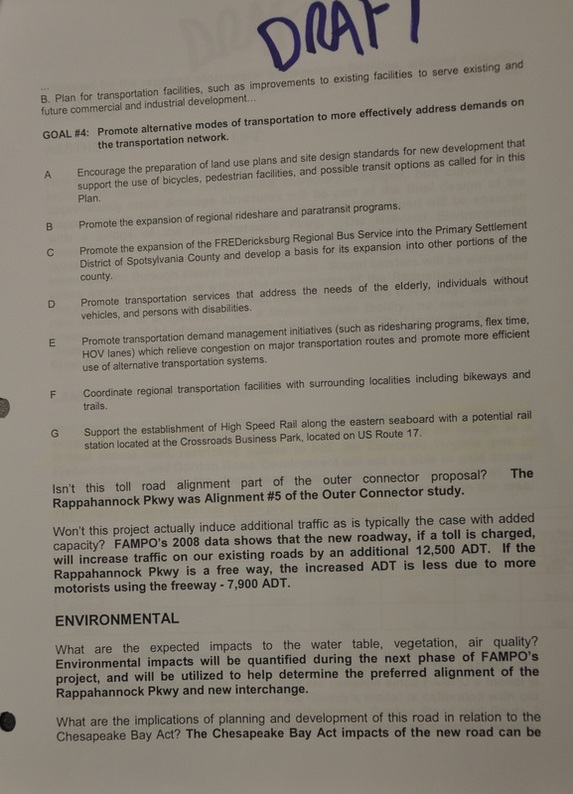 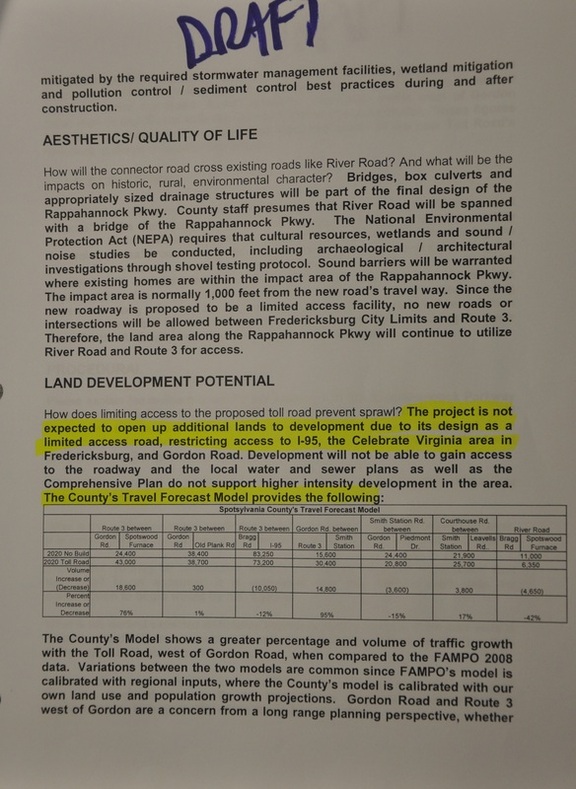 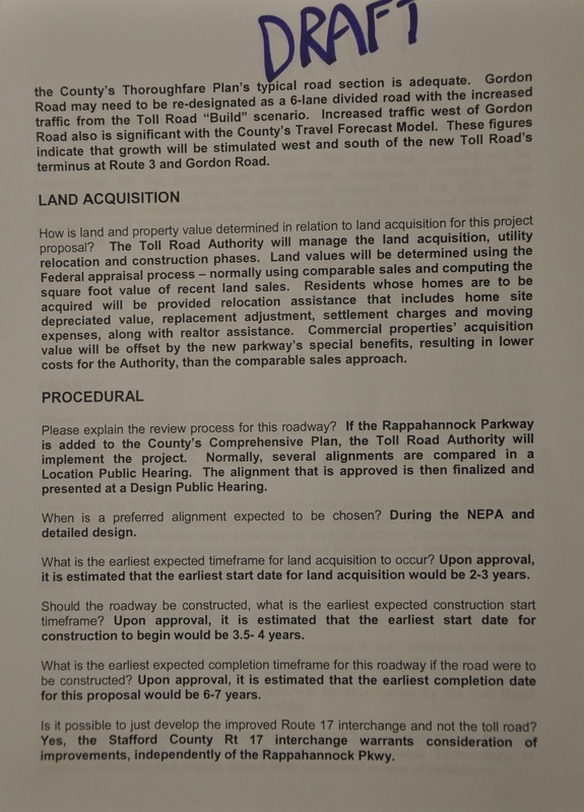 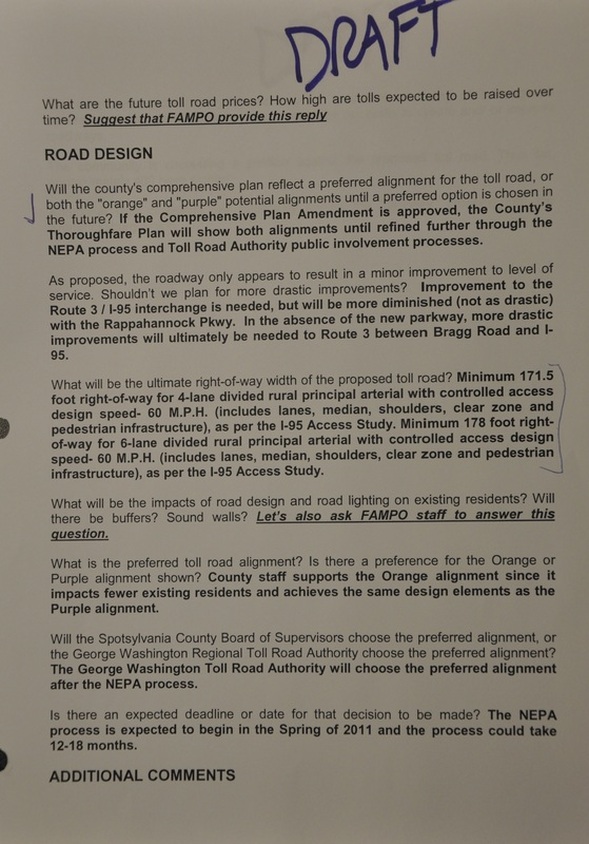 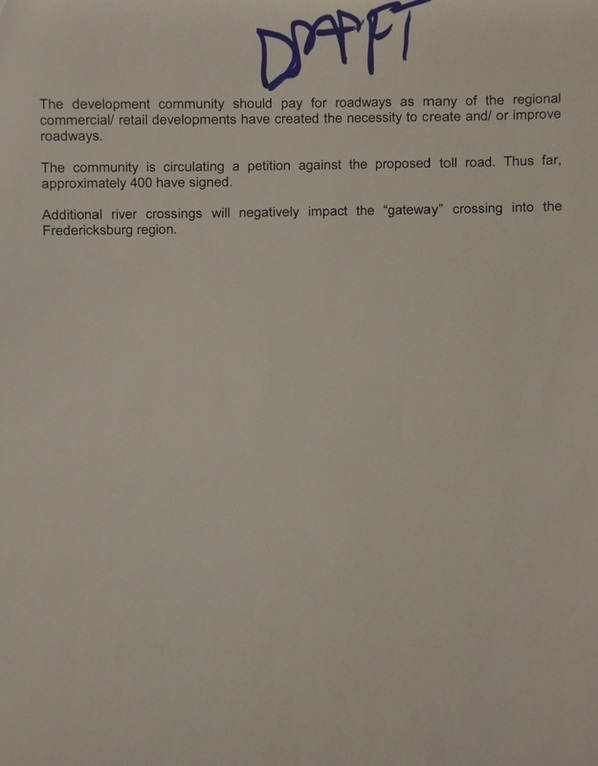